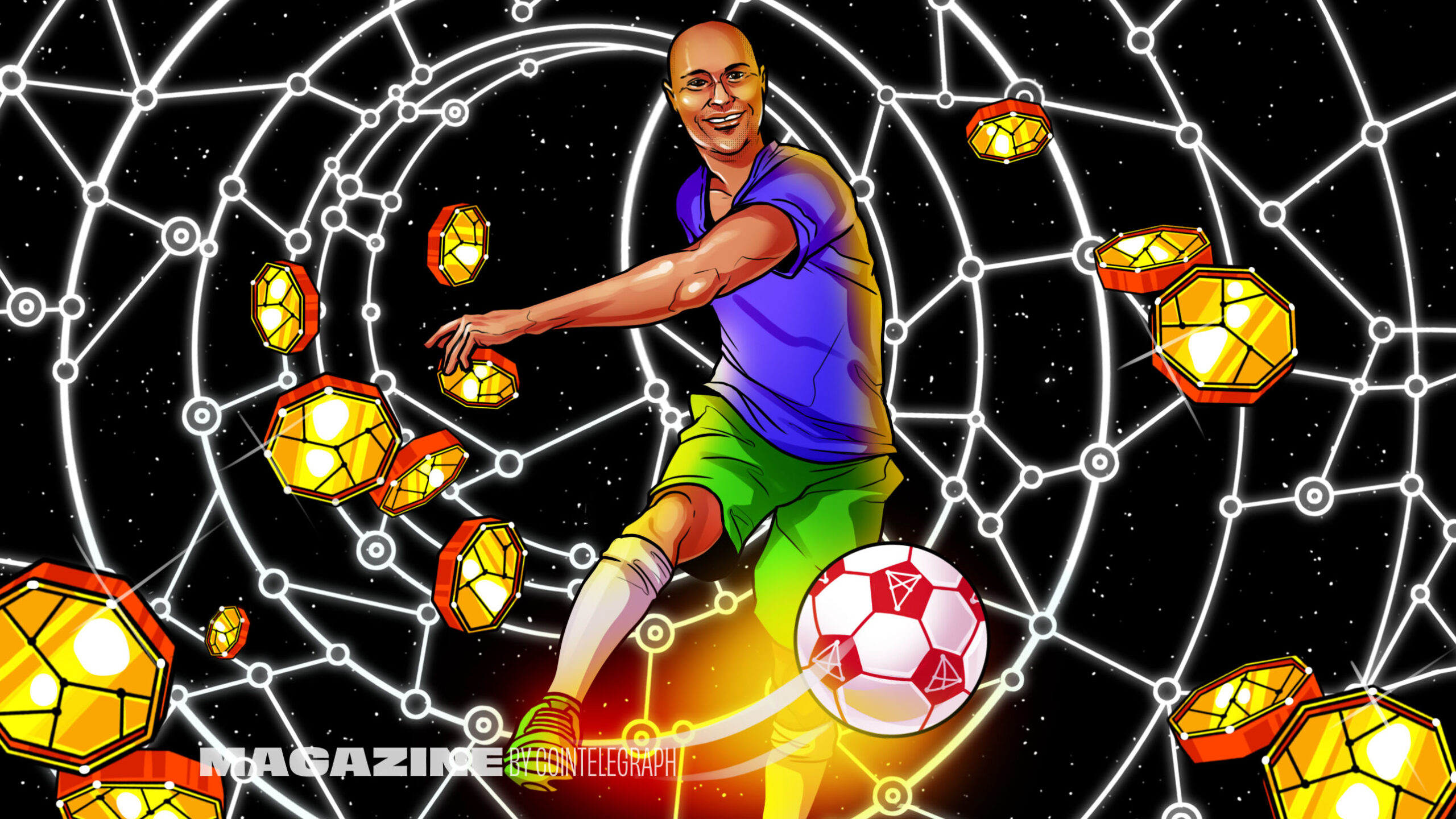 What is a sports fan’s dream come true? To be the announcer at an AC Milan home game, in front of 75,000 roaring Rossoneri fans?

To play a football match on the hallowed turf of your beloved FC Barcelona?

To tour the garage of an F1 team pre-race, then watch the Monza Grand Prix from a VIP box?

These are some of the biggest rewards handed out as incentives to join Chiliz, or CHZ-based, fan token schemes on Socios.com. There are also lesser, but still desirable prizes, like meeting your sports idols, choosing the music to be played when your team scores a goal, or voting on the design of next year’s team strip.

Socios.com has now partnered with over 170 sporting clubs across 25 countries and 10 sports, including American football, soccer, basketball, cricket, esports, ice hockey, mixed martial arts, motorsports, tennis and rugby. Eighty of these organizations have already launched their official fan tokens on the Socios.com app, and it has high-profile deals with giants, such as Manchester City, Barcelona and the Aston Martin F1 Team.

The team captain behind this is Socios CEO Alex Dreyfus. “I’m French, 45 years old right now. And I’ve been an internet entrepreneur for the last 25 years. I left school before [I was] 18 years old. I created my first company in 1995 at the beginning of the internet. I’m the generation of the Web 1.0. So, for the last 25 years, my journey always has been to try to use the technology to create something that does not exist and try to embrace it before the others.”

He started by developing a French city guide that first covered Paris, then 36 other French cities. A serial entrepreneur, he moved on to an online gaming project, with sports betting and online poker. While there are fewer regulations in France, unlike in the United Kingdom, there aren’t betting shops everywhere. He moved to Malta 17 years ago and, 10 years ago, cashed out his betting ventures to raise capital for his next project.

Amusingly, he started out as a Bitcoin skeptic. Coming from the highly regulated world of online gambling, he had difficulty wrapping his thoughts around a decentralized system with no supervisory body.

Sell or hodl? How to prepare for the end of the bull run, Part 2

Bitcoin 2022 — Will the real maximalists please stand up?

In Iceland for his honeymoon, Dreyfus came across a shop that took Bitcoin, which sparked something in the back of his mind. When he came home, he found the gaming space was full of crypto enthusiasts making money. “I saw my Twitter feeds – all of my friends trading crypto, talking about it.”

“And so, in 2017, I spent a lot of time to educate myself.” He followed Andreas Antonopoulos and some other crypto influencers.

“As an entrepreneur, I always try to find new opportunities — not as an investment but to develop. At the end of 2017, I started to look at crypto from a sports angle.”

An idea was percolating in his mind. Sports are global — an international language. This means many, if not most, supporters don’t live in the originating country. According to one survey, there are 253 million Manchester United soccer fans in China or nearly four times the entire population of the United Kingdom!

To be sure, sports like F1 travel the world with races in different countries, but to attend sports like American Football, soccer or the National Basketball Association, you usually need to be in the host country.

Yet these worldwide fans are devoted to their teams, too, which is a huge base for a business.

Dreyfus notes that sports was ripe for disruption.

“The industry hasn’t been disrupted for the last 30 or 40 years, unlike most of any other industry in the world. Travel booking, dating, of course, taxis, banking — they have all been more or less disrupted. Sports is still the same pretty much it was years ago. Management of these global brands can be quite risk-averse.”

Fan tokens are a way to create a new revenue stream for the many supporters who live abroad.

“Fast forward to today, we are 300 employees in nine offices in the world. We are the biggest company in the blockchain/sports sector, but we are also one of the biggest mainstream blockchain products that is not an exchange or wallet. We created the concept of fan tokens.”

Essentially Chiliz (CHZ) is the entry point, allowing fans to go onto socios.com and buy tokens for their favorite National Basketball League, Formula 1, rugby or other sports team. It is just like trading on any ordinary crypto exchange, except the token’s main utility is — theoretically, at least — to allow fans to have deeper engagement with their favorite club. The utility tokens are primarily a social investment, not a financial one.

Leveling up the fan experience

Fan tokens enable fans to vote or participate in decisions to do with their team — e.g., to choose the music played when a goal is scored, scarf designs or the number a player will wear.

There is a certain similarity to DAOs: where everyone with the token has input into governance for decisions that matter to them. Dreyfus describes this as a share of governance, not ownership – a kind of sports influencer. It’s making fans more a participant than a passive spectator. Their top prize for soccer/football fans is Living the Dream, where fan tokenholders get to play soccer in their team’s colors on the home stadium with a star player, photographers and commentator — the full works.

“If I had to define this experience in one word, it would be: spectacular.” Barcelona soccer BAR fan tokenholder on playing on her team’s pitch with fellow fans and Spanish La Liga’s top player, Samuel Eto’o.

The most engaging reads in blockchain. Delivered once a
week.

Just as Chiliz and Socios were starting to take off, COVID-19 hit, and clubs had to ponder what their businesses were going to do when the stadiums were empty. So, fan tokens made a lot more sense at that point.

Strangely, first COVID-19 and the current crypto winter have worked to the advantage of Socios. Dreyfus feels that the contraction of the crypto sector is removing some of the more impractical projects, but fan tokens, with their global base in sports lovers, will be able to continue to develop without distractions.

However, the World Cup has not worked in its favor so far as many expected, and the token actually fell in the first week.

More of a marathon than a sprint

Dreyfus feels that Socios’ real goal (haha) at the moment is to engage the non-crypto-native fans, to convince them that fan tokens have real value to them, as they are likely to be a bit skeptical at first. Currently an Ethereum token, he says there are plans to launch its own blockchain for the sports industry.

“The company is in the process of developing a sports club-based blockchain ‘Chili Chain 2.0,’ which is to be based in the sports industry, with them as nodes and validators,” he says.

“The first iteration of this is planned for late this year, or early next. The idea is that there would be a whole ecosystem of sports clubs and fans (and Socios.com) interacting and trading with each other, and generating revenue and rewards.”

Let’s give a fan the last word: “To live what your idols experience is priceless — there is no possible comparison.” 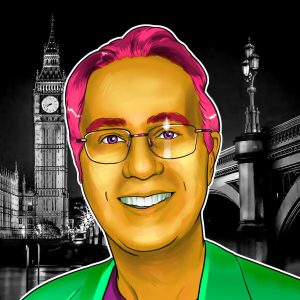 Julian is a professional journalist and copywriter, specializing in the environment, technology and business. He has worked for the BBC, Channel 4, Reader’s Digest, NBC and Der Spiegel. https://julianj.journoportfolio.com