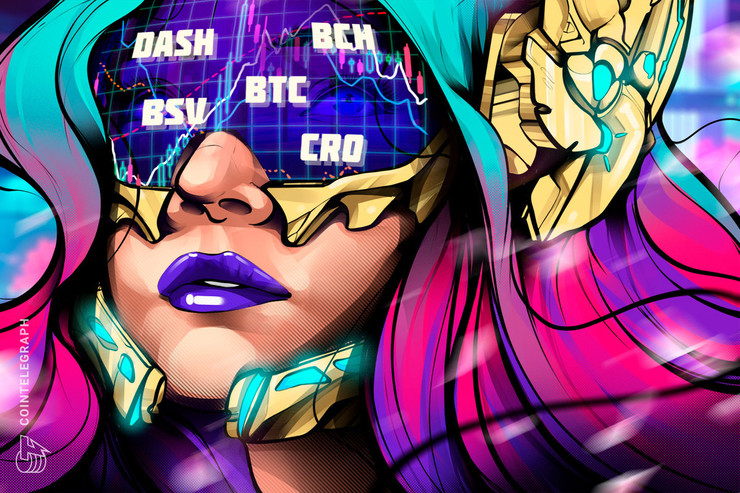 The world is in a state of panic due to the coronavirus pandemic. People are fighting over toilet paper, which shows the extent of nervousness. At such a time, even investors are likely to show irrational behaviors.

The governments are attempting to calm the markets by supplying enough liquidity, which is likely to run into trillions of dollars. However, even after that, the world economy might slip into a global recession.

The head of operations at Genesis Mining Philip Salter said that if the economic crisis does not deepen further, it “will not have major implications for Bitcoin.” However, if the crisis deepens and skepticism builds up, it might be favorable for Bitcoin because then people will see it as a hedge against the banking system.

CEO of Binance Changpeng Zhao said that the coronavirus pandemic “is just a trigger, not the root cause” for the current economic meltdown. This shows that the economy was on a weak footing because a strong economy should have withstood a few shocks. Zhao believes that the investors will stop hoarding cash at some point in time and will diversify their portfolio and Bitcoin will benefit from it because it is not “broken”. However, it might not happen in a hurry because “changes don’t happen immediately when a mass population is involved,” Zhao added.

The cryptocurrencies are attempting a recovery from their recent lows. Let’s analyze the top five performers of the past seven days to see whether the recovery will pick up steam or fizzle out.

Dash (DASH) is the best performer of this week with a stellar rally of about 40%. The Dash Core Group announced the release of a new Dash platform v0.11, “which includes a significant update to Evonet, the testing environment for platform functionality.” Can Dash start a sustained recovery from the current levels? Let’s study its chart.

The DASH/USD pair has been trading inside a falling wedge for more than a year. The positive thing to note is that whenever the price bounces off the support line of the wedge, it manages to move up to the resistance line of the wedge.

Another positive development on the chart is the RSI, which is showing signs of forming a bullish divergence. All these signs suggest that the pair might turn positive in the short-term and move up to $150. The moving averages might offer a minor resistance but we expect them to be crossed.

If the momentum can carry the price above the wedge, it will be a huge positive as it will signal the start of a new uptrend. However, if the bears defend the resistance line once again, the pair will extend its stay inside the wedge.

Our bullish view will be invalidated if the price turns down from the moving averages and plummets below the support line of the wedge. However, we give it a low probability of occurring.

Bitcoin SV (BSV) is the second-best performer of the past seven days with a rally of about 29%. In Kleiman v. Wright Lawsuit, the U.S. Magistrate Judge Bruce Reinhart ruled that Craig Wright only needs to pay 20% of the legal fees requested by the estate of the late-Dave Kleiman.

The BSV/USD pair is attempting to break out of the descending channel. Just above the channel, it is likely to face resistance at the 20-week EMA at $189, which has flattened out. The RSI is also close to the midpoint, which suggests a balance between the bulls and bears.

If the pair turns down from $189, it might drop to $78.506 and remain range-bound between these two levels for the next few days.

Bitcoin Cash (BCH), with a gain of about 19% in the past seven days turned out to be the third-best performer. The world’s biggest stablecoin Tether (USDT) launched on the Bitcoin Cash network during the week.

The BCH/USD pair has been range-bound between $166.25 and $515.35 for the past many months. Currently, the pair has been falling inside a descending channel, which shows that bears have the upper hand.

Our view will be invalidated if the bears sink and sustain the price below the support at $166.25. If this level cracks, the downtrend can extend to $100.

The last financial crisis in 2008 resulted in the birth of Bitcoin (BTC) and the current crisis due to the coronavirus outbreak is likely to cement its place. After the sharp drop on March 12, many questioned the relevance of Bitcoin as a safe haven. However, after the initial panic, the largest cryptocurrency has come back smartly in the past few days.

Platinum Account Manager at eToro Simon Peters believes that all the cash that is being pumped into the system will search assets to invest after the virus cases reduce and Bitcoin is likely to be one of the beneficiaries.

Chief investment officer of Ikigai Asset Management Travis Kling said that Bitcoin “is an insurance policy against the largest monetary experiment in human history.” While the fundamentals look positive, let’s look at the charts and analyze the technicals.

The BTC/USD pair has been trading inside a large symmetrical triangle since 2017. The bulls are currently attempting to defend the support line of the triangle while the bears are attempting to sink the price below it.

If the bulls can push the price above the overhead resistance at $6,435, the rebound is likely to pick up momentum. The next level to watch on the upside is $10,500, which is just below the resistance line of the triangle.

A break above the triangle will be a huge positive as it will signal the start of a new uptrend. Above the triangle, the first target to watch out for is $14,000 and above it $16,000. Therefore, traders can wait for the price to sustain above $6,435 before buying for the long-term.

Contrary to our assumption, if the pair turns down from $6,435 and breaks below the support of the triangle, it will be a huge negative.

Crypto.com Coin (CRO) rounded off the list of the top performers with a rally of about 12%. Crypto.com has begun shipping MCO Visa Cards to the UK, which will offer several attractive services to the clients. According to the company, the cards will be shipped to the rest of Europe over the next few weeks.

If the price turns down from this level, the pair might remain range-bound between $0.045-$0.025258 for the next few days. A break below the support of the range will be a huge negative as it will start a new downtrend.