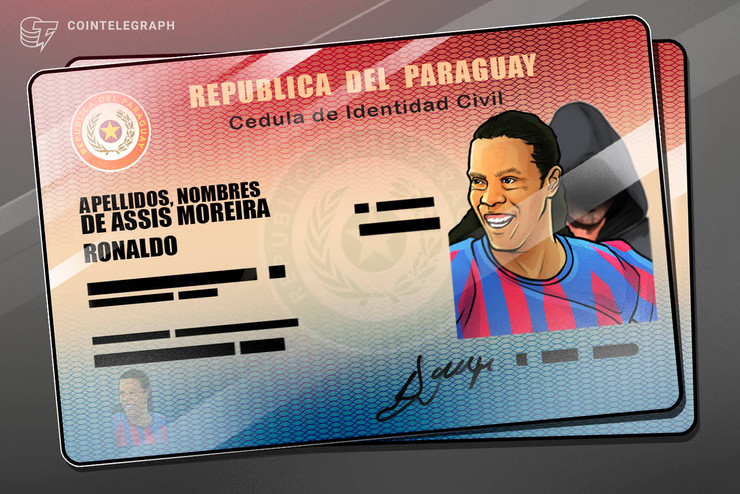 One of the greatest soccer players in the history of the sport and now under investigation for participation in companies accused of running cryptocurrency scams using his name, Ronaldinho Gaúcho, was detained on March 4, in Paraguay, according to Cointelegraph Brazil.

The Paraguayan National Police reportedly entered the hotel suite where the former ace was staying at the Paraguay Golf Club and found two false Paraguayan passports in his name and his brother Roberto de Assis Moreira’s. The player went to the country to participate in a community campaign promoted by a foundation that provides medical assistance to girls and boys in poverty.

Ronaldinho and his brother remained “under arrest” at the hotel, where they are leaving today, March 5, reportedly to explain the case to the Paraguayan Public Ministry.

After his testimony, the Paraguayan prosecutor issued an arrest warrant for the former Barcelona star and his brother for entering the country with a false passport, according to Mexican news outlet Milenio 2020

However, the authorities present at the airport would have avoided public embarrassment and later warned about the case.

“If the General Directorate of Migration perceives that the document used to enter the country is suspicious, entry should not be allowed; therefore, there is a certain degree of responsibility with the authorities in the case,” said Interior Minister Euclides Acevedo, who condemned the player’s attitude.

This is another controversy in which Ronaldinho Gaúcho, is involved. In Brazil, the ex-athlete has been investigated by the authorities for his participation in two companies accused of applying scams with Bitcoin. Both companies are banned from operating in Brazil by the Brazilian Securities and Exchange Commission.

LBLV and Ronaldinho 18k are the two companies banned from Brazil. In his defense, Ronaldinho said he left the company as soon as he heard that it was offering investments in cryptocurrencies.

In addition, the star has also been involved in two cryptocurrency ICO projects, Ronaldinho Soccer Coin and Champion Coin. Both projects have, however, failed and been discontinued.