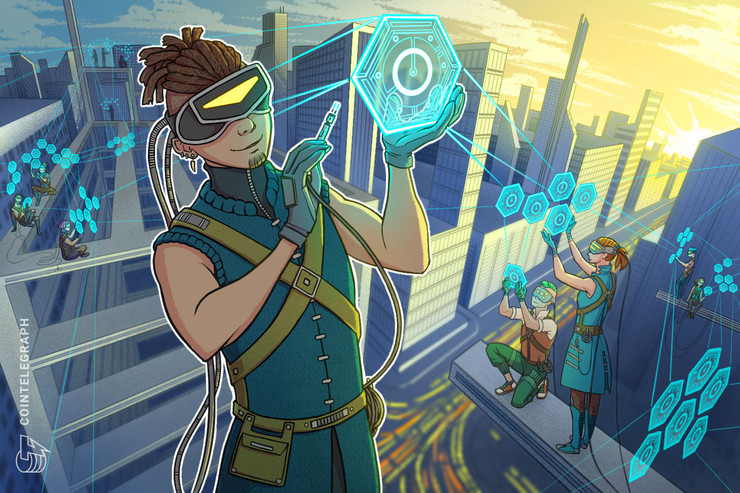 Polkadot is gearing up for its upcoming network launch as it revealed an integration with Chainlink (LINK) on Feb. 25. The integration of Chainlink oracles may be crucial for the development of Polkadot decentralized finance (DeFi) and other advanced smart contracts.

Chainlink has completed an initial integration on Kusama, a canary network for Polkadot similar to a testnet. Chainlink was previously available on other blockchains through adapters, but this is the first move outside of the Ethereum (ETH) ecosystem in 2020.

Polkadot developers will thus be able to access external data by using Chainlink’s oracles. This is crucial to enable many of the more advanced features associated with smart contracts. Oracles work by transmitting real-world data to a blockchain, so that a smart contract can understand and act upon that information. Currently, their most prominent usage is for price feeds of cryptocurrencies or other assets. For example, MakerDAO (MKR) relies on an ETH/USD price feed to generate the DAI stablecoin, although this is a separate and proprietary oracle.

On Polkadot, Chainlink will be integrated with a dedicated parachain, the term for an independent blockchain shard with custom characteristics. Other parachains in its interoperable network will be able to read data from the Chainlink shard to power decentralized apps (dApps). Due its unique structure, Parity contributed significantly to the development of Polkadot-based Chainlink.

With this heterogeneous sharding approach, Polkadot aims to solve many of the common problems in blockchain, such as interoperability, scalability, security for networks of any size, and governance.

The lead developer behind Polkadot is Parity Technologies, a company whose list of co-founders includes Gavin Wood. He was also a co-founder of Ethereum, having launched Parity to assist in the development of the network. One of the company’s products is the Parity Ethereum client, used to connect with peers and process the blockchain.

However, in December 2019, Parity announced that it would cease development of its client and spin it off into a dedicated decentralized autonomous organization (DAO). It had collected approximately $6 million in Ethereum Foundation grants up to that point, which were paid upon delivering new technology. But even in its Ethereum development, Parity focused on Substrate — the technology powering Polkadot.

Delays in implementing hard forks in the client further suggested that Ethereum was a decreasing priority for the company.

During February, Parity and the Web3 Foundation, which preside over Polkadot, appear to be making moves in onboarding Ethereum ecosystem developers to their new network.

Cointelegraph recently reported on Celer Network’s cooperation with Polkadot to introduce its layer two scaling solution. Celer was born as an Ethereum scalability solution, though it has since maintained a blockchain-agnostic approach.

The addition of Chainlink points to a systematic approach of porting over key Ethereum infrastructure. Its addition may be followed by similar integrations with major DeFi providers, many of which have built their systems on Chainlink oracles.

Pro traders don’t expect Bitcoin to break and hold $20,000 anytime soon
Next few weeks are ‘critical’ for stock market and Bitcoin, analyst says
Bitcoin price starts ‘Uptober’ down 0.7% amid hope for final $20K push
BTC price still not at ‘max pain’ — 5 things to know in Bitcoin this week
XRP price could rally by 50% based off comments from a former SEC director