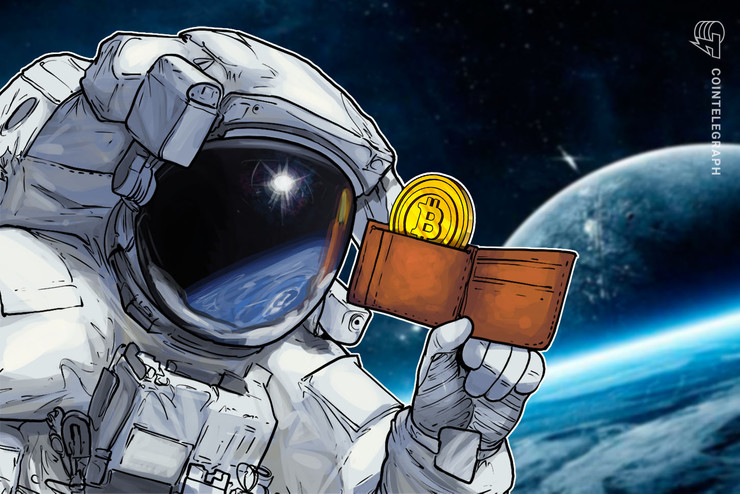 The purchase was made back in January 2014, according to a report by cryptocurrency platform Luno on Feb. 24. At the time, Winklevoss acquired a ticket for Virgin Galactic’s passenger-carrying spaceship for 312.5 BTC, which was worth $250,000 at the time. Virgin Galactic is a space tourism company within the British venture capital conglomerate Virgin Group.

As such, Winklevoss’s initial investment of 312.5 BTC in the ticket is currently valued at over $3 million, marking an increase of 1,174%. Winklevoss has described it as his “Bitcoin Pizza moment,” apparently referring to the first-ever transaction of Bitcoin for physical goods, which took place on May 22, 2010.

The best year for Bitcoin?

Bitcoin is worth more in 2020 than any other year it has existed — and historical data suggests that its price will continue climbing for another 19 months. For 2020, the average for the BTC/USD pairing is $9,120, according to MedX Protocol co-founder  James Todaro’s calculations. This is even higher than it was in 2017, when the pairing reached its current all-time high of $20,000. For that year, the volume-weighted average was $6,125.

“It strongly suggests that most of the money that moved into bitcoin in previous years would have profited in USD if they held bitcoin to present date,” Todaro stated.

When it comes to predictions, some major industry leaders are raising the ante on what the BTC price should be after the impending Bitcoin halving set for May 2020. According to Mike Novogratz, the founder of digital assets merchant bank Galaxy Digital, the seminal cryptocurrency will likely breach the $20,000 benchmark in 2020.

Binance CEO Changpeng Zhao said that Bitcoin could see new heights before the halving event. Those who envision a bullish scenario also state that Bitcoin’s price will likely continue to rise after the halving due to the decrease in the supply of coins.

In the meantime, Bitcoin is trading around $9,800 at press time, reporting mild losses of around 0.54% over the past day.