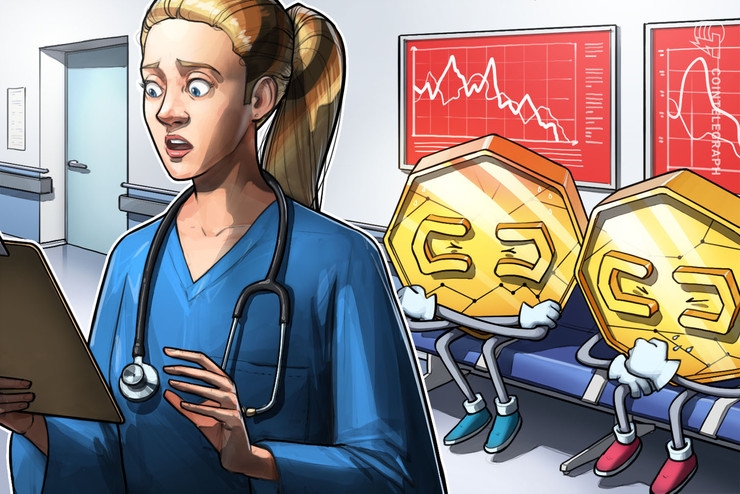 Most other cryptocurrencies fared much worse, however, as evidenced by Bitcoin’s market dominance rising one percent from yesterday to 63.2%.

The bad weekend for the bulls began on Saturday after losing the $10,000 level. Today, BTC/USD tumbled further and bounced off a key resistance level at around $9,600, which also happens to be the 20-day moving average or 20-MA.

So what’s next for Bitcoin? The $9,850 level need to be reclaimed, according to regular Cointelegraph Markets analyst filbfilb, in order to avoid dropping further to $9.4-$9.5K and $8.8K support areas. 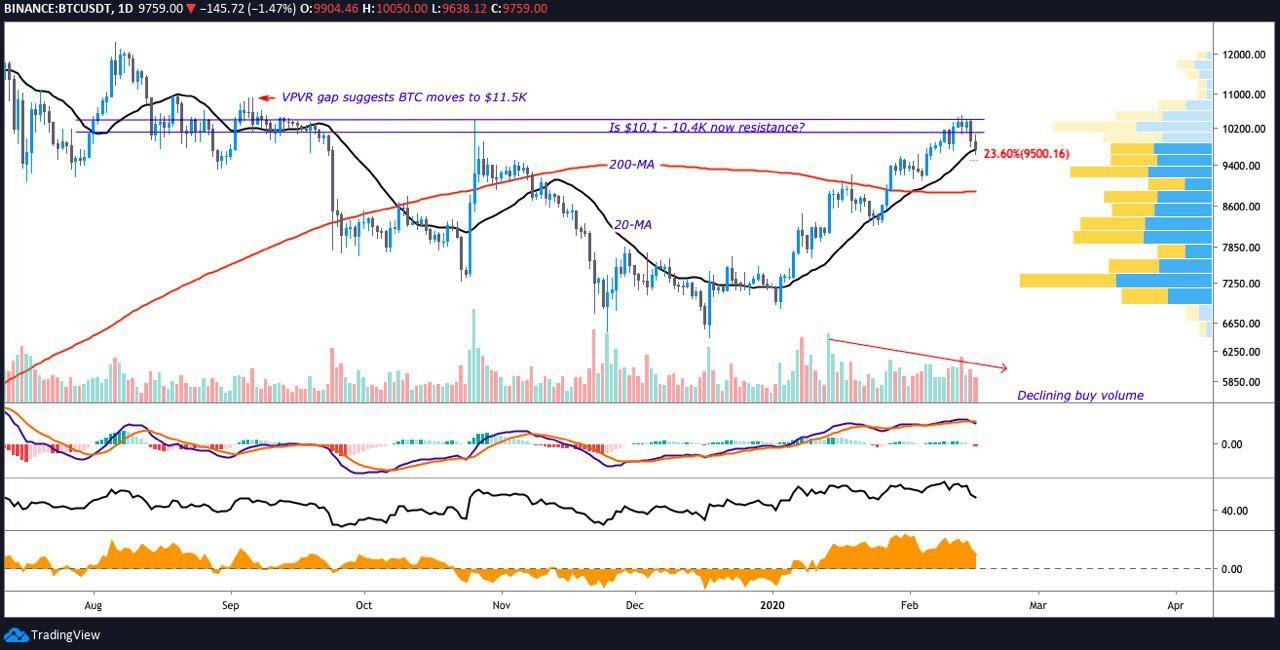 Worth noting is that the weekend drop has left a so-called Bitcoin futures “gap” at $10,495, the price at which CME BTC futures trading closed on Friday. As Cointelegraph reported numerous times before, the phenomenon of these gaps being filled upon resumption of trading — typically within a few days — has not gone unnoticed.

Meanwhile, the Fear and Greed Index has dropped from 64 to 59, which still means that the market sentiment is currently “greed” and suggesting that the multi-week rally above $10,300 is due for a correction.

Altcoins red across the board

Bitcoin’s 40% gains year to date have seen many altcoins posting ever bigger gains. However, the opposite appears to also be true as the losses for altcoins tend to be bigger as well.

One notable exception, however, is Chainlink (LINK), one of the best performing cryptocurrencies in 2020. LINK has dropped slightly but has already recovered and now up 6% on the day, according to data from Coin360.

“Retracement is harsh on some of those altcoins, but it’s also providing opportunities. Doubt we’ll see $9,400 though.”

At press time, Bitcoin’s market dominance stands at 63.2% with the cryptocurrency market capitalization dropping over 2% on the day to $282 billion.