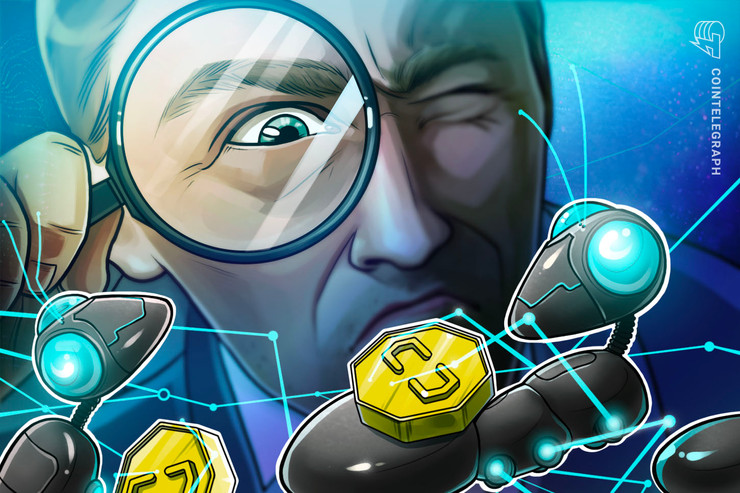 A major global company that helps fight illicit cryptocurrency-related activity does not think that privacy in crypto markets is necessarily bad.

Despite representing one of the primary sources of crypto transaction data for federal agencies like the Internal Revenue Service and the FBI, Chainalysis does not exactly oppose the privacy and decentralization of crypto.

“Complete transparency is not necessarily an ideal place”

Jonathan Levin, co-founder and CSO at blockchain and crypto analytics firm Chainalysis, reiterated his stance to privacy in crypto, claiming that full transparency of cryptocurrency transactions might not turn out to be the best situation.

Speaking in an interview with Cointelegraph, Levin noted that there is still a need to support the ability of regulators and businesses to monitor illicit activity related to crypto, stating:

“There will be the invention of privacy-enhancing technology. Complete transparency is not necessarily an ideal place to be either, but ultimately there needs to be the ability for regulators and businesses with the appropriate levels of legal authority and oversight to tackle the illicit activity that abuses the systems.”

Speaking to Cointelegraph in January, Levin previously outlined the issue of privacy and transparency extremes:

While Levin appears to support the privacy in crypto in some sense, the Chainalysis co-founder admitted that the company is not yet able to fully trace privacy-focused cryptocurrencies:

“We may not necessarily be able to track all of the funds in privacy coins but we still perform research on what they are used for. We sometimes find ways to be able to trace some of that.”

Levin pointed out that the majority of cryptocurrency transactions are conducted on more publicly traceable blockchains like Bitcoin (BTC) and Ethereum (ETH) so far. However, some crypto security firms like Elliptic believe that privacy coins like Monero (XMR) and Dash (DASH) are still gaining steady traction and usability despite Bitcoin transactions dominating on the dark market.

Originally set up in Denmark in 2013, Chainalysis is a New York-based provider of Know Your Transaction and Anti-Money Laundering solutions for financial institutions and regulators in the crypto industry.

The company has emerged as one of the most trusted sources of analytical data on global illicit activity in crypto such as terrorism financing, money laundering and operations on darknet markets. According to Levin, the firm is working with 250 agencies and firms worldwide to date, with its services coverage spanning across 45 countries.

The British pound collapse and its impact on cryptocurrency: Watch the Market Report
LUNC investors react to CZ’s 1.2% trading tax recommendation on Binance
How crypto is playing a role in increasing healthy human lifespans
Ethereum post-Merge hard forks are here: Now what?
Acala Network to resume operations after burning 2.7B in aUSD stablecoin