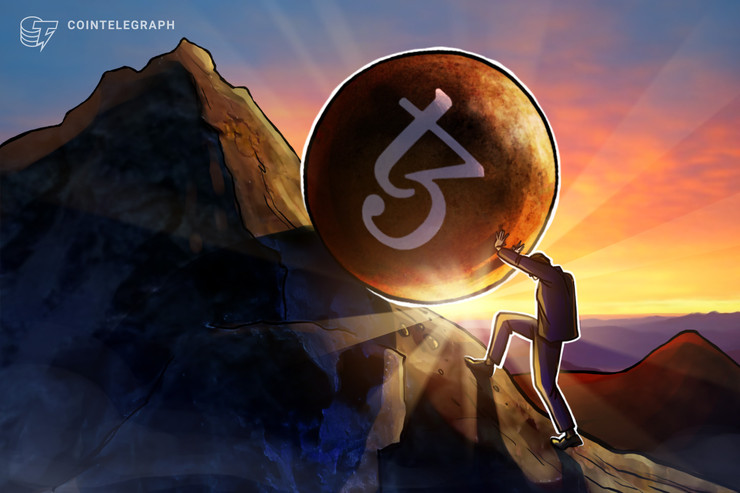 The in-house cryptocurrency of Blockchain project Tezos (XTZ) is testing all-time highs as a wave of enthusiasm, which began in January continues.

Data from Coin360 and Cointelegraph Markets shows Tezos’ XTZ token hit $3.24 on Feb. 12, a 25% increase in the past twenty-four hours alone and over 54% in the past week alone.

Year to date, investors have seen returns of 150%, making Tezos the hot bet among altcoins which have broadly followed Bitcoin (BTC) to see a hugely successful first quarter of 2020.

Even sudden downward pressure on Bitcoin markets as the week began failed to dent the XTZ bull run, with the altcoin becoming a firm pick of Cointelegraph Markets analyst filbfilb.

“Tezos unaffected,” he told subscribers of his Telegram trading channel on Monday as BTC/USD dipped to $9,700.

Others remain bullish on future prospects.

“Tezos is one of the fastest rising blockchain networks at the moment and for good reason and we’ve been overhanded on it since the beginning of the year,” fellow analyst Mati Greenspan told Cointelegraph in private comments.

“Many of the new security token offering (STO) and tokenization projects are being built on it and the token economics are quite favorable as well.”

End of strife for Tezos?

Tezos had previously made the headlines for the wrong reasons following its hugely popular $232 million initial coin offering (ICO) in 2017. As Cointelegraph reported, investors soon became frustrated by the lack of returns, while Tezos battled legal challenges and company infighting.

At one point, XTZ/USD traded at just $0.37, below its ICO price of $0.47. Throughout its difficulties, Tim Draper, the billionaire venture capitalist who has become synonymous with Tezos, supported both the project and its creators.