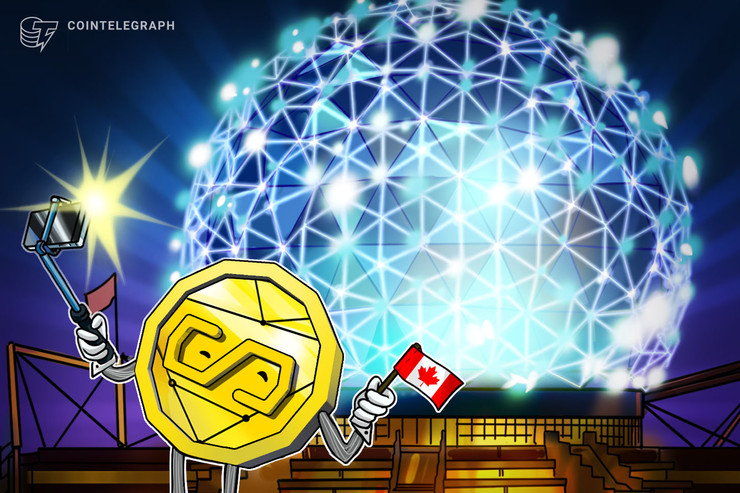 Developed by Canada Stablecorp, a joint venture between 3iQ and Mavennet, QCAD is the latest CAD-based stablecoin and was officially launched on Feb. 11.

QCAD total supply accounts for about 150,000 CAD at the launch

Based on the Ethereum blockchain, QCAD implements popular token standard ERC-20 and is targeting the mass market.

While QCAD is not yet listed on major websites tracking crypto market capitalization like Coin360, QCAD transactions can be now tracked via Ethereum blockchain explorer Etherscan. According to Etherscan, QCAD is held by 5 addresses with a total supply of 150,350 CAD ($113,000) as of press time.

According to the announcement, users can immediately buy QCAD directly via partners like DVeX, Newton, Bitvo, Netcoins and Coinsmart. According to Stablecorp, QCAD is fully supported by crypto custodians such as global crypto processor BitGo and local crypto custody service Balance.

In the future, the company plans to extend QCAD to more networks than Ethereum, the firm said. Stablecorp’s chief operating officer (COO) Rob Durscki wrote in an email to Cointelegraph:

“QCAD, by concept, is chain agnostic. Our main concern is user experience and security, and that’s what led us to start with Ethereum, due to its robust infrastructure and successful past and current projects. Nonetheless we plan on assessing additional networks, always focusing at our clients’ experience.”

As some of the Stablecorp’s partners claim that QCAD is the “first fully complaint stablecoin with a 1/1 CAD equivalency,” Durscki emphasized the company’s work with local financial regulators. Durscki said that QCAD is “fully compliant based on relevant regulations.” Namely, that entails Know Your Customer and Anti-Money Laundering (AML) policies and security.

Stablecorp’s policies and systems are also designed to be fully compliant with Canada’s major AML agency, the Financial Transactions and Reports Analysis Centre of Canada (FinTRAC). Durscki, who used to work at big four auditing firm Deloitte, said that the FinTRAC will start regulating Stablecorp under a certain business category in June 2020:

“Our policies and systems are designed fully compliant with FINTRAC requirements for Money Service Businesses (MSBs), the category under which our business will start being regulated on June 1st., the date regulation is expected to change in Canada.”

Cointelegraph reached out to FinTRAC with additional queries and will update the piece as soon as we hear back from the regulator.

Additionally, the COO assured that Stablecorp holds their CAD deposits with an independent custodian that “provides periodical statements of CAD balance versus QCADs in circulation” to ensure that QCAD is backed by the appropriate amount of the Canada’s fiat currency.

While Stablecorp calls QCAD the “first Canadian dollar stablecoin designed for the mass market,” the coin is apparently not the first stablecoin pegged to the Canadian dollar. To date, there are at least two other CAD-pegged stablecoins, including Coinsquare-backed eCAD and TrustToken’s TrueCAD.