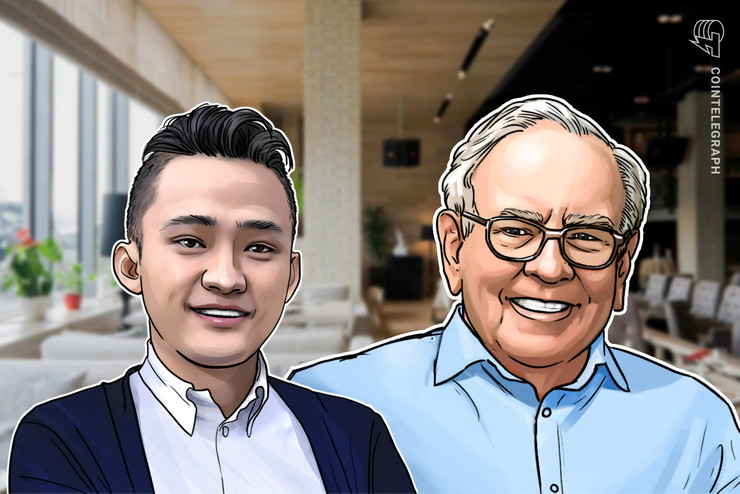 Tron founder and CEO Justin Sun has finally had his charity lunch with Berkshire Hathaway chairman and famous billionaire Warren Buffett after a series of delays last year.

On Jan. 23, Sun met with Buffett in a private not-for-profit country club in Nebraska, according to a press release shared with Cointelegraph on Feb. 6. The guests also included the founder of Litecoin Foundation, Charlie Lee, the CFO of Huobi, Chris Lee, the head of the Binance Charity Foundation, Helen Hai, and the CEO of eToro, Yoni Assia. Commenting on the much-anticipated event, Sun said:

“It was really an honor and I’m grateful for Mr. Buffett’s dinner, wisdom, and vision. I’ll always remember his kindness and support, and will take Mr. Buffett’s advice and guidance to make Tron a better ecosystem, business with all the partners in the blockchain space and beyond.“

Sun won a charity auction on eBay to have lunch with Warren Buffett last June. Sun’s winning bid was around $4.5 million, the highest ever in the event’s 20-year history. However, the Tron CEO had to postpone due to medical reasons, and in July announced that he would reschedule his charity lunch with Buffett “very soon.”

Ahead of the postponement, Sun had notably extended an invitation for the event to United States President Donald Trump, following the president’s scathing remarks about cryptocurrencies on social media.

The next time Sun began speaking about the lunch was last September, when he rescheduled the meal again.

In the meantime, all proceeds from the auction had been transferred to the San Francisco-based non-profit GLIDE Foundation. GLIDE focuses on fighting injustice and inequality on behalf of economically deprived and oppressed communities in need, including the homeless and those from ethnic minorities and LGBTQ orientation.

Last December, Sun publicly pledged to donate $1 million to efforts by the young Swedish activist Great Thunberg to raise global awareness of the climate crisis. However, it was left unclear as to how cryptocurrency would help reduce carbon footprints through the creation of decentralized settlements. Stipulating on the matter, Sun told Cointelegraph:

On Feb. 4, Hyperchain announced the launch of its blockchain-based platform to fight against the coronavirus epidemic. It will serve as a medical supply donations portal to support hospitals in central China.