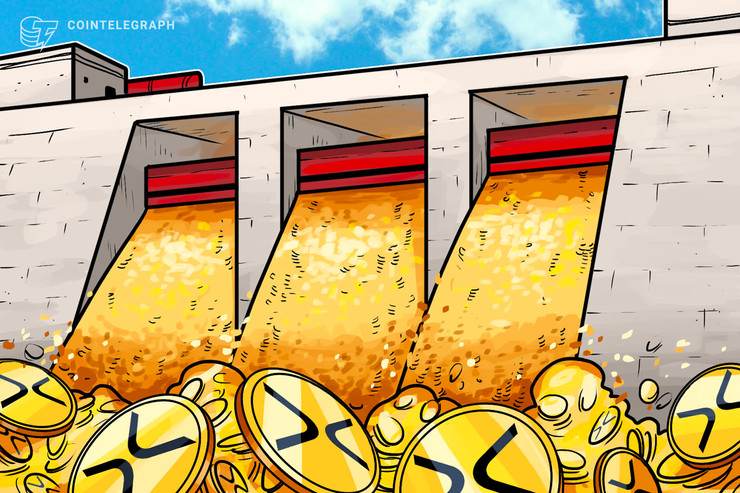 Controversial altcoin XRP has finally launched on crypto derivatives giant BitMEX — but so far, its price has failed to react.

In a tweet on Feb. 3, BitMEX confirmed it had decided to support XRP, the third-largest cryptocurrency by market cap, for perpetual swaps against the United States dollar.

Despite regular efforts from supporters to make major exchanges such as BitMEX pay attention to XRP, data from Coin360 and Cointelegraph Markets suggests the actual interest in the token is minimal.

XRP/USD briefly grew by 11% at the time of the announcement, only to abandon upward momentum and shed almost half of those gains a day later. At press time, the pair traded at just under $0.25 — 7% higher than last week.

The lackluster performance forms just the latest sequence in a pattern for XRP, which has proven difficult to boost since hitting lows below $0.18 in December.

As Cointelegraph reported, the slow pace of returns for bagholders compared to Bitcoin (BTC) and some other altcoins come despite the actions of Ripple, the company which currently owns more XRP than any other entity.

A raft of sell-offs which accelerated in 2019 has combined with controversy about the extent of Ripple’s control of the XRP supply. In a recent interview, CEO Brad Garlinghouse further fanned the flames, claiming Ripple had no control while at the same time vowing to stop others from freely acquiring XRP.

Another transfer of tokens from Ripple’s escrow to the company’s control — 200 million XRP ($50.3 million) — occurred on Feb. 4.

After the announcement, BitMEX CEO Arthur Hayes issued a statement of his own that appeared to capture the sense of skepticism around both XRP and Ripple.

“Is it called Ripple, XRP, or dogshit? Who knows, who cares. It’s worth more than zero so it’s time to trade the USD pair on BitMEX. Boo-Yaka-sha!”

The choice of language is reminiscent of an attempt to understand Ripple’s approach to XRP by Jesse Powell, CEO of U.S. exchange Kraken, in 2018. At the time, Powell queried whether the token should be referred to as “Ripple” or “Ripples.”

The perpetual swap will begin accepting orders on Feb. 5.

Are noncustodial crypto wallets a practical option for the everyday hodler?
Crypto and stocks soften ahead of Fed rate hike, but XRP, ALGO and LDO look ‘interesting’
Long the Bitcoin bottom, or watch and wait? Bitcoin traders plan their next move
Total crypto market cap shows strength even after the Merge and Federal Reserve rate hike
Crypto market dumps after Ethereum Merge, why? Watch The Market Report