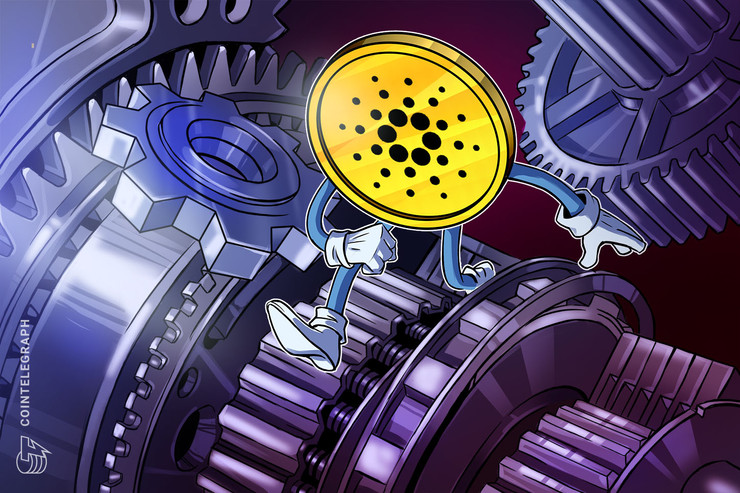 Cardano (ADA) revealed a new paper on Jan. 27 in which the firm details how smart contracts will be implemented in the upcoming Goguen update. Though the system is unique, its release date is still uncertain in light of Cardano’s history of delays.

The Extended UTXO model was specifically designed as an improvement on Bitcoin’s (BTC) pure UTXO architecture. In Bitcoin, each transaction is based on the concept of outputs and inputs, representations of specific amounts of BTC. A specific transaction simply takes some Bitcoin in the form of inputs and reshapes them into different outputs. Similar to changing a bill into lower denominations, the number of resulting outputs or their specific amounts are not important, as long as their total value is equal to that of the inputs. The correctness of the transactions is ensured by cryptographic validators that, in Bitcoin’s case, leverage the user’s private key to create a verifiable signature.

The researchers explained that, even though this model “plays well with the concurrent and distributed nature of blockchains,” it presents severe limitations to programmability — making it impractical for most smart contracts.

By contrast, Ethereum’s (ETH) account-based ledger allows for complex computations, but it has to introduce a “shared state” — the collective memory of all transactions and contracts. Cardano’s researchers believe that this model is difficult to secure effectively due to complicated code semantics, which results in incidents such as the DAO hack.

To enable more powerful smart contracts in the UTXO model, the researchers introduced mechanisms that can split the execution of a smart contract into multiple transactions.

In Cardano’s model, each transaction output will also have a data field, which can contain arbitrary information connected to a particular smart contract. In addition, the system ensures that a particular chain of outputs uses the same contract code — a concept called contract continuity.

The result is a state machine similar to Ethereum’s, where each state change is divided into specific transactions.

Cardano’s development is divided into several “eras” named after famous artists and philosophers, each with their own specific focus.

The current Shelley era focuses on staking, having launched the feature on Cardano’s testnet in December.

The next era is Goguen, which focuses on smart contracts. While the two are largely simultaneous, Cardano’s official roadmap places the latter’s completion in Q1 2020. Indeed, all remaining phases are set to be completed by the end of 2020.

But the project is not new to delays. IOHK CEO Charles Hoskinson promised in an April 2019 interview that both Shelley and Goguen would be released by the end of the year on mainnet.

A testing platform for Plutus, Cardano’s smart contract language that uses EUTXO, was available since December 2018. The Jan. 2020 paper is just the formalization of the model that underpins Plutus.

Nevertheless, the release dates of both Shelley and Goguen remain uncertain. In a Jan. 27 community update, Hoskinson revealed that the team is still working on improving the Shelley testnet, with a mainnet release planned no sooner than February.

He also revealed that IOHK is taking measures to improve the accuracy of its timeline estimates.

Tax on income you never earned? It’s possible after Ethereum’s Merge
Is the bottom in? Crypto community shares their thoughts
What will happen to Bitcoin and Ethereum if traditional markets break?
Cardano bulls run out of steam after Vasil hard fork — 40% ADA price crash in play
Bitcoin price charges higher, but whales line up to sell BTC at $20K