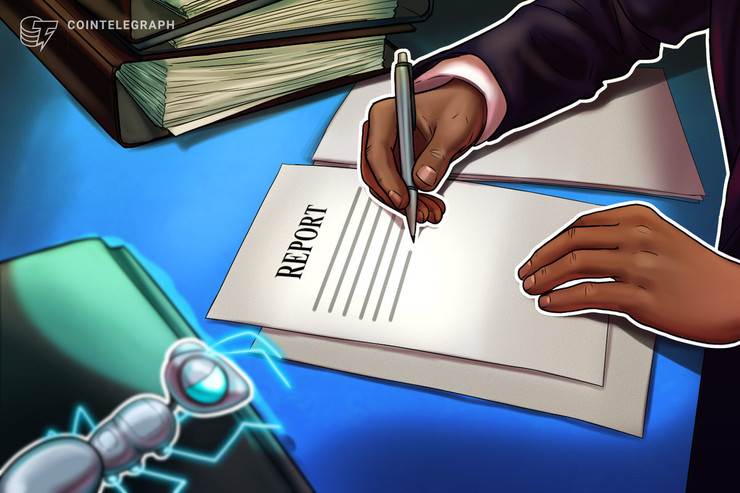 The transaction volume going through the EIDOS decentralized application (dApp) has massively skewed the results of the 2019 dApp Market Report, published Jan. 20. The token airdrop dApp on the EOS blockchain, saw almost three times as many transactions in 2019 as all of the other dApps on nine leading platforms combined.

Perhaps the most notable aspect about this statistic is that EIDOS did not launch until 1st November 2019.

In the two months of 2019 that it was active, EIDOS racked up almost 2.4 billion transactions. For the whole of 2019, the total number of transactions registered on all DApps across the top 9 platforms was over 3.26 billion. Just 872 million of these transactions were not using EIDOS.

The EIDOS dApp works as a smart contract. Whenever any EOS is sent to the contract address it gets immediately sent back, along with 0.01% of all the EIDOS tokens it holds. EIDOS tokens are replenished at the address at a rate of 20 per second.

As Cointelegraph reported, shortly after its launch, EIDOS was responsible for congesting the EOS network accounting for 95% of all transactions. This meant that average users with a relatively low amount of staked CPU resources were unable to send transactions.

Overall new users up, but EIDOS takes EOS numbers down

Apart from EIDOS, user numbers across the nine platforms were over double the level achieved in 2018, at 3.11 million. However, almost 90% of these users were classed as new users in 2019, with only 11% of users having also used dApps in 2018.

Ironically, given all of its transactions, EIDOS has negatively affected user numbers on the rest of the EOS network.

Prior to November, EOS was the blockchain with the highest number of daily active users, averaging almost 80,000 people using dApps on EOS every day. Since EIDOS launched, this figure has dropped by 80%, to just over 15,000 users.